Albion Online will rebuild the entire World. What do you think about this? More news and guide on our site! You also can find cheapest Albion Online Gold here. Let’s read carefully below news.

The Albion Online team has revealed the game’s world map that will be deployed when the Final Beta kicks off in July. Rather than “East & West” continents, players will find two Royal Islands and an entire continent called The Outlands. The idea of Outlands is to give more room for guilds and hardcore PvP players, something a huge playing field will give.

The Royal Islands are two separate islands: the King’s Isle and Queen’s Isle. They have resources up to Tier 7 and consist of green, yellow and red zones. Every player starts their adventure on either of two islands, the harbors of which allow them to travel to The Outlands. As the islands are governed by the Royal Expeditionary Forces, they are relatively safe and murderers will face consequences for their actions.

The Royal Islands are the perfect place for gatherers, crafters, roleplayers and small scale PvP.

The Outlands are completely covered in black zones, with resources up to Tier 8. There is no law enforcement. Players and guilds are free to claim territories and wage wars, plundering and murdering as they please. The land is bigger than both Royal Islands combined, making sure players have enough room to fight and conquer. The most powerful creatures will also be found in The Outlands, roaming around the best resources and secret treasures.

Today, we will bring you the video of new weapon, a deadly weapon in the right hands

Under the guidance of Gordon, the Weapon Master of the Royal Expeditionary Forces, we shed light on one weapon at a time in our new Weapon Spotlight series! Gordon not only goes over every skill option, but even elaborates on supplemental equipment options and various tactics to use in both PvE and PvP combat.

What do you think of the new weapon? There are more news and guides and most cheap Albion Gold in our site. Welcome~

Time doesn’t wait you in this Era of rapid development. And just a day after launching its massive Darian patch, Albion Online has posted up a Q&A video and roadmap summary for its summer goals. Darian itself will be the last update before the big beta wipe, and then beta 2 will kick off in July for a few months. Launch, presumably, will land in the fall.

On the Q&A video, Game Director Robin Henkys reiterates that Albion is intending to appeal to hardcore PvP sandbox players as well as a wider audience of “players who are not immediately aligned with the idea of risking everything they’ve played for a long time to someone just killing them.” Henkys says that the two groups synergize, create goods for each other, and become targets and allies. He also doesn’t dismiss the idea of future “seasonality,” suggesting that it could be fun to pop an Atlantis-style island out of the sea for a month and let players exploit the heck out of it. Check out the whole video below.

At last, do you want to learn more? Please click UPAlbion.com.

Darian is the last content update throughout this phase of Beta. The team is now working in full force on preparing the next phase of beta on which you can expect more details soon. Here are fixes the Darian did.

Royal equipment should now be correctly treated as its non-Royal equivalent in all cases on the Destiny Board.

Fixed some weird issues with kills/knockdowns caused by reflected damage.

Fixed an issue where rare resources would not stack correctly on harvest when the player’s inventory was full.

Fixed an issue where the Well of Life spell would not forget players who had left its area for the purposes of maximum players healed per tick.

Fixed an issue where knockback abilities were not correctly calculating the distance for the tooltip.

Fixed an issue where T8 Sapphires were not set up correctly for transmutation.

Fixed an issue where a player would continue to attempt to auto-attack another player after doing so is no longer a valid action (eg end of duel), resulting in unintended following behavior.

Fixed an issue with castle guards being unaffected by spells under certain conditions.

Fixed an issue with some Mage Towers still not having a favorite food set.

Fixed some issues with the interactions between two-handed weapons and off-hand items.

Fixed an issue where a knocked down character would attempt to re-execute their last action on getting up.

Fixed some issues relating to weapons disappearing when looting/gathering.

Fixed a number of abuse cases relating to invites:

Fixed an issue where swapping to another item with the same spell would not interrupt casting.

Fixed an issue where it was possible to gain kill points in a GvG match by killing mobs or players not on the opposing team.

Fixed an issue where you could get stuck when knocked into a barrier in a GvG fight.

Fixed an issue where setting “all users” as co-owners of something would not extend management rights correctly to all players.

Fixed an issue where the “pay” window for repair kits was not closing automatically when it should.

Fixed an issue where grown farm animals were not counted when calculating fast travel costs.

Fixed some cases where blinking/teleporting across a spell area would apply that spell’s effect to you.

Fixed some issues with access controls on Guild islands; the Guild Leader is now correctly the only owner by default, and co-owners can be properly added by the Leader.

Darian is the last content update before the wipe and start of the next Beta phase, scheduled to happen this summer. This upcoming Beta 2 will include the New World redesign and more!

Coming on May 18, Darian contains everything that could be implemented before the large world update. Here is what you can expect to see next week:

Surface-dwelling Disciples have been rebalanced and reworked and will come with new group compositions and spells. Morgana’s dungeon crawlers have received a significant boost and an array of new spells and abilities, making high-tier PvE more interactive and challenging.

Morgana mobs will have a chance of dropping rare Morgana-themed furniture pieces. These pieces are fashioned after Morgana mobcamps, ranging from simple standards to a full-blown siege ballista. If you are not interested in furniture, you will be able to salvage them for a fair amount of silver or sell them on the market.

With this new feature, you will no longer need to salvage or sell unused items from crafting. Studying them instead grants you fame towards the same Destiny Board unlock that crafting the item would. Studying an item will destroy it and you can only study items that you are able to craft. You can also learn from other crafters’ works, but items need to be at full durability. 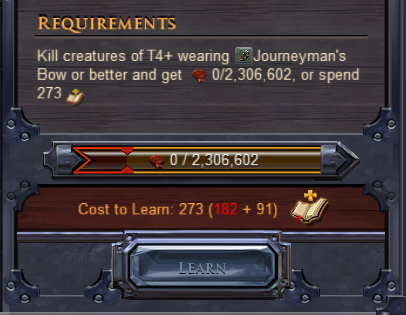 A number of bugs and ongoing issues will be fixed, and localization of the game will be improved.